Shakil Choudhury is co-founder of Anima Leadership, an award-winning consulting company that believes when people feel like they matter and belong, the extraordinary becomes possible. Anima offers innovative organizational change and training solutions to nurture inclusive, productive workplaces. Shakil’s experience includes leading community development projects in Latin America, film crews in Toronto and peace-building projects with communities in conflict in Europe. Shakil’s fascination for how the mind works, neuroscience and diversity issues has developed into a holistic approach to leadership, one that integrates emotional intelligence skills with prejudice-reduction strategies and mindfulness training. His recent projects include creating the tools and curriculum for the government of Canada’s Racism-Free Workplace Strategy, as well training school system leaders on Ontario Ministry of Education’s Equity and Inclusive Education Strategy. His most challenging and fulfilling management experience, however, has been his 2 year old daughter teaching him about fatherhood.

Ashley Lawrence is the CFO of Kijiji Canada part of the eBay Classifieds Group. Ashley has a BASc from the University of Toronto in Industrial Engineering and an MBA from Kellogg School of Management at Northwestern University. Prior to becoming CFO, Ashley headed Kijiji’s Analytics and Strategy team. Prior to eBay, Ashley worked for one of Canada’s largest private equity firms, EdgeStone Capital Partners on their venture team. Additionally, Ashley has also worked for MMV Financial, a leader in venture debt lending. Ashley began his professional career with IBM Canada, first as a market and competitive analyst for one of their leading server brands. While at IBM Ashley developed his consulting skills (culminating in becoming a certified IBM consultant) with their Global Services division in their Information Security and Emerging Technologies practice. His clients included many financial services firms and two central banks. Ashley has completed all three levels of the Chartered Financial Analytics (CFA) program.

Sanjay Malaviya is President and CEO of RL Solutions, a Toronto based patient safety software company. Since founding the organization in 1997, he has transformed it from a one product company born out of a hospital IT department, to a leading provider of risk management, patient feedback, claims management and infection surveillance software to over 2000 healthcare organizations around the world. Sanjay’s continued leadership and vision has been instrumental to the growth of RL Solutions, culminating with an exclusive endorsement from the American Hospital Association for the company’s incident management solution, RL6:Risk, as well as 9 of the top 10 hospitals in the US counting themselves as RL Solutions clients. A graduate of the University of Waterloo, Sanjay has leveraged both his degree in Computer Engineering, as well as his almost decade of experience in a hospital setting, to offer a truly unique perspective on healthcare IT. To this day, he continues to be driven by his passion for making healthcare software not only cutting-edge, but also intuitive and easy to use for even the most casual user. While guiding the company to more than 15 consecutive years of profitability, Sanjay has never lost focus on the importance of positive employee engagement. In addition to implementing concepts such as unlimited vacation for all staff, Sanjay’s leadership has resulted in RL Solutions being named one of the best employers in Canada for many years running.

Ted Maulucci is the President of SmartONE Solutions Inc., a company committed to advancing the digital living experience in communities. Mr. Maulucci assumed the role of President at SmartONE after a 26 year career as the Chief Information Officer of a leading Toronto based multi-family real estate developer. Ted has an undergraduate degree from the University of Toronto in Mechanical Engineering and a Masters in Business Administration from the Schulich School of Business with a specialization in Real Property Development. Ted is passionate about contribution and advancing innovation across Canada through partnerships and collaboration. He has been recognized with several international and local awards for IT leadership, IT application development, smart buildings, and social contribution. Some notable leadership and innovation awards are the “Top Ten Best in Class CIO’s in North America” by Computerworld, two “CIPA Gold Award of Excellence” for application development in the real estate industry, and the Mid-Career Award from the University of Toronto for impact on an industry in an engineering career.

For social contribution, Ted has been recognized with the Queen Elizabeth II Diamond Jubilee Medal for promoting Canadian innovation, The Citizenship Award from Professional Engineers Ontario, and the 2017 Meritorious Service Award, Community Service from Engineers Canada. Ted’s efforts in smart and connected communities has garnered multiple Digie Awards for the from the Realcomm association for innovations in multi-family real estate. He also received a “Digital Impact” award, which is awarded to an individual that has caused a shift in the industry. In 2016, he was named the Private Sector Canadian CIO of the Year in 2016 for his work on advancing smart and connected communities.

Sandra Odendahl is Vice President, Social Impact and Sustainability at Scotiabank. She brings over 20 years of experience in environmental science, engineering, and responsible finance. Her previous executive positions include President and CEO of CMC Research Institutes, an environmental tech and innovation company that facilitates the testing and scale-up of technologies that reduce carbon emissions from industrial sources. She headed the Royal Bank of Canada’s Corporate Sustainability, Social Finance and Social Innovation teams. Prior to joining RBC, she worked as an environmental scientist for Noranda in Montreal, and as an environmental consultant for BEAK Engineering in Toronto and Vancouver. Ms. Odendahl is Chair of the Toronto Atmospheric Fund, and a board director of the Ontario Clean Water Agency. Sandra has a degree in chemical engineering from the University of Ottawa and an MASc from the University of Toronto. She is a licensed professional engineer, and holds a Chartered Financial Analyst (CFA) designation. Sandra lives with her husband and two children in Toronto. 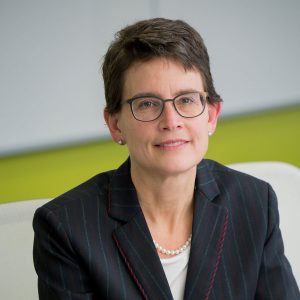 Bonnie Rose, P.Eng., was appointed President and CEO of the Technical Standards and Safety Authority effective April 4, 2018. Overseeing all aspects of TSSA’s business operations, Bonnie provides leadership on the overall direction and strategic priorities of the organization. Bonnie is focused on strengthening TSSA’s role as a well-respected leader in the safety industry and upholding safety excellence.

Bonnie is a seasoned executive with a passion for safety and in-depth knowledge and experience in technical standards. This passion is evident in her previous executive positions as the former CEO and Registrar of Retirement Homes Regulatory Authority; President of the Canadian Standards Association Group – CSA Standards; and Vice President of Service Delivery and Service Quality with CSA International.

Bonnie holds a Bachelor of Applied Science in Electrical Engineering from Queen’s University, a Master of Business Administration from the University of Toronto, and a Chartered Director from The Directors College.

Dan Rosen is CEO and co-founder of d1g1t Inc., a new wealth management platform powered by advanced analytics that provides transparent portfolio management services to financial advisers and their individual investors. Dr. Rosen is an internationally recognized Quant and FinTech Entrepreneur; he is also the inaugural Director of the Center for Financial Institutions at the Fields Institute for Research in Mathematical Sciences, as well as an Adjunct Professor of Mathematical Finance at the University of Toronto. Dr. Rosen was the co-founder and CEO of R2 Financial Technologies, acquired by S&P Capital IQ in 2012. Prior to this, he had a successful career over a decade at Algorithmics Inc. (acquired by IBM). In addition to working with numerous financial institutions around the world, he lectures extensively on risk and portfolio management financial engineering, and Fintech innovation. Dan was inducted in 2010 a Fellow of the Fields Institute for his “outstanding contributions to the Fields Institute, its programs, and to the Canadian mathematical community”. He holds an MASc and PhD in chemical engineering from the University of Toronto

Jason is a Manager with the MaRS Discovery District’s Centre for Impact Investing, whose mission is to support stakeholders from the private, public and non-profit sectors on leveraging private capital for social good. While actively working to help organizations quantify and manage their social and environmental impact, he has also developed new social investment opportunities, including a social impact bond to keep indigenous children out of the care system in Manitoba.

Prior to joining MaRS, Jason worked to build and finance social enterprises in the developing world with the Clinton Foundation’s poverty alleviation initiative from New York and Colombia. His previous experiences also include co-authoring a report with a global health research group on scaling primary care programs in low income countries, and working in technology portfolio management with BlackBerry.

As a student, Jason was an active iLead participant by supporting cross-faculty initiatives and establishing a student working group within the MSE Department. He also completed his  BASc and MBA at UofT through the Jeffrey Skoll BASc/MBA Scholarship program.

Bill Troost graduated from U of T’s Department of Chemical Engineering and Applied Chemistry with his B.A.Sc. in 1967. He worked for Union Carbide until 1973 when he undertook MBA studies at the University of Western Ontario, graduating in 1975. Bill started to work in the flexible packaging business and founded Peel Plastic Products in 1978. The company has grown from two employees in 4,000 square feet to 400 employees in 300,000 square feet; their business is “innovative flexible packaging solutions”. Bill is President and CEO. He has served on the Chemical Engineering Board of Advisors since 2005. He is a long-term supporter of ILead (formerly LOT) programming and was instrumental in establishing the “Troost Family Leaders of Tomorrow Award” for Fourth Year Chemical Engineering students.